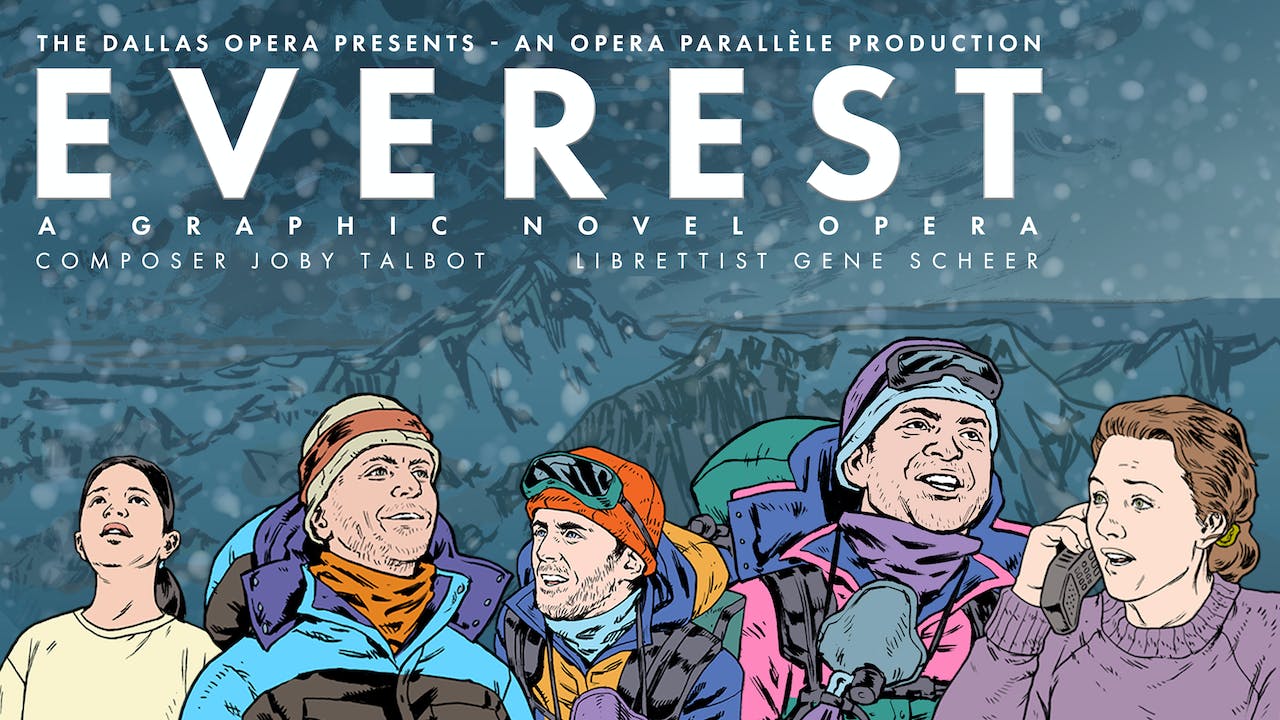 Opera Parallèle takes you to the top of the world with its groundbreaking new film production of Joby Talbot & Gene Scheer’s Everest – A Graphic Novel Opera.

Based on true stories of an ill-fated summit attempt known as the 1996 Mt. Everest disaster, this cutting-edge work creates a new genre of opera by fusing the dynamic aesthetics of the graphic novel with the power of the operatic voice. This innovative approach integrates live singers into the animated space, reinventing the operatic experience beyond the stage.

Everest is supported, in part, by funds from: Adobe & the National Endowment for the Arts