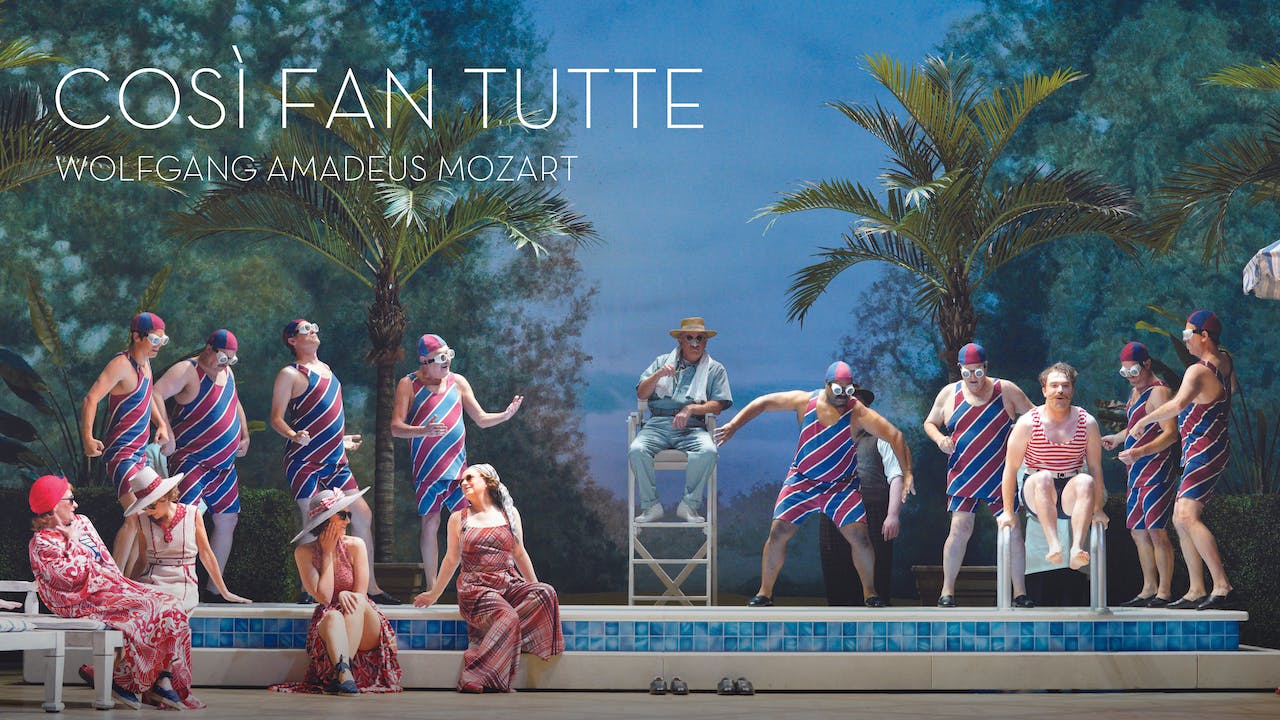 The women have the last laugh when the men they plan to marry come up with a really bad idea: egged on by a cynical old bachelor, the guys decide to put their fiancées to the “fidelity test.” Big mistake—as the resulting romantic debacle demonstrates! Mozart does it again, with glorious music fueling comedy that cuddles right up to a calamity just waiting to happen.

Featuring Metropolitan Opera powerhouse Rodney Gilfry as the trouble-making Don Alfonso; two vocally incandescent and celebrated stars Elizabeth DeShong and Sara Gartland as the duped sisters; and as the chauvinistic men who should have known better: David Portillo, praised for his warm, sexy tenor; and Dallas favorite and Grammy Award-winner Lucas Meachem.