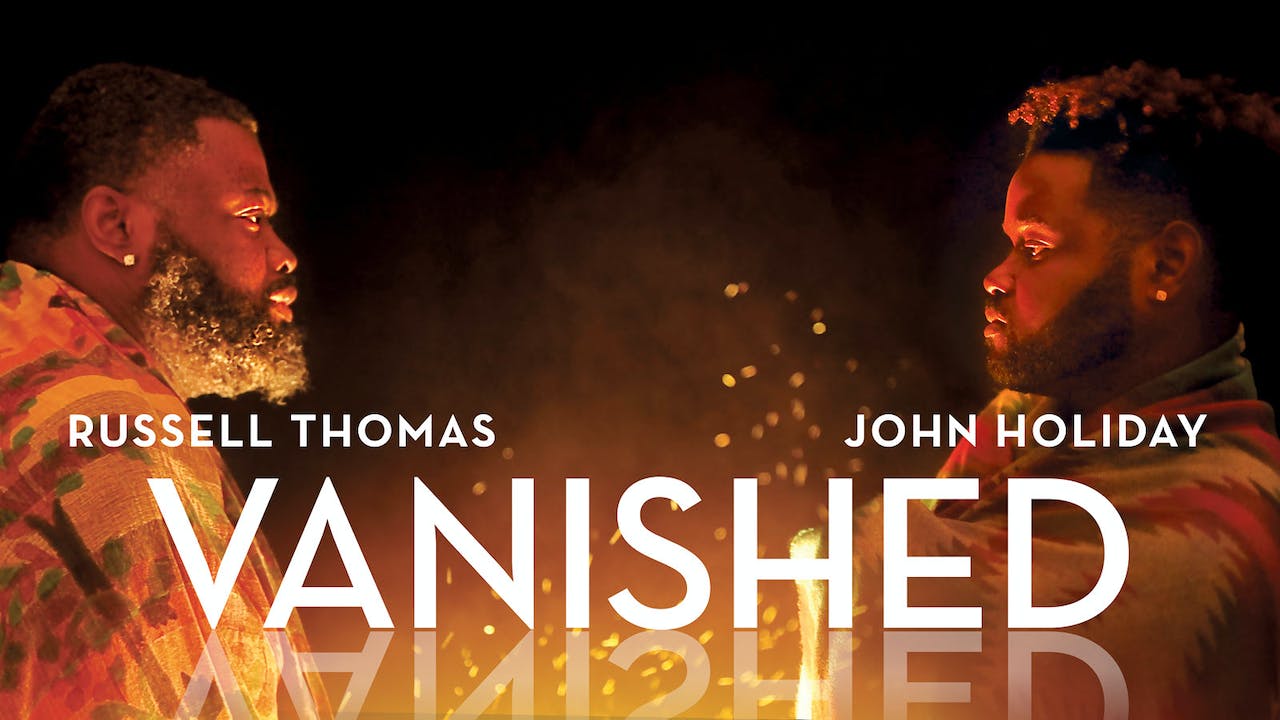 “I see him, that dark mysterious stranger….what does he want from me?”

Experience this cinematic journey about longing, heartbreak, and searching for love that may have you thinking about opera in a whole new way. John Holiday and Russell Thomas, two phenomenal artists, star in this this indie art film directed by Ryan McKinny. Shot in the beautiful, wooded countryside near Asheville, North Carolina, McKinny uses a variety of special effects and cinematic techniques to create the world of the imagination depicted in the movie.

Adapted from Janáček’s original song cycle, “The One Who Disappeared, Vanished is written by poet and librettist Kathleen Kelly. While the story is new, Vanished reflects the essence of the composer’s musically and dramatically riveting masterpiece: a person trapped in the mundanities of ordinary life longs for the “exotic”---the freedom to pursue love in a place unfettered by societal confines. A theme found in the Orpheus myth---searching for love in the metaphysical realm---is ever-present in the film.

“The two men featured in Vanished live in two different worlds---one earthbound, and one of the spirit,” Ryan says. “In the end, we leave it up to the viewer to decide what is real.”

The soundtrack includes all 22 songs from Janáček’s The Diary of One Who Disappeared, as well as “Chiamo il mio ben così “and “Che farò senza Euridice?” from Gluck's ORFEO ED EURIDICE, and the duet “Pur ti miro” from Monteverdi's L'INCORONAZIONE DI POPPEA.